The big fat elephant in the room, plus a smoke machine and some mirrors
Steve Cook - March 14, 2021
https://www.thelibertybeacon.com/th...e-room-plus-a-smoke-machine-and-some-mirrors/
(no comments yet)

... they talk about the lack of scientific evidence for the proof of viruses alleged to cause disease in the context of a recently aired debate between Dr. Judy Mikovits and Kaufman.

The discussion became a little tense as Kaufman prodded Mikovits to explain how she had ever isolated a virus (as she claims to have repeatedely done), when all she had done was show viruses budding out of the cell (not true isolation). Mikovits replied it had to be that way for retroviruses, because the human body would eat up loose RNA or DNA. Mikovits did however agree and explicitly state that SARS-CoV-2 had never been isolated.
Click to expand...

My question is -- why not press the absurdity of the virus life cycle theory. Viruses entering cells, hijacking to force more replication, cell bursting, etc. ?
Last edited by a moderator: Aug 12, 2021

Add this to VIrus Life-Cycle Page 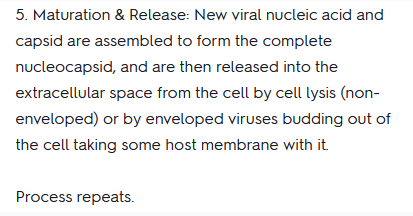