AFF
The traditional Matthew 28:19 is an interpolation.
1 Clement showing 3-language in the first century
http://www.apostolicfriendsforum.com/showpost.php?p=1603380&postcount=301

There is a tendency to attack any 3-language in the New Testament. Especially the heavenly witnesses and Matthew 28:19.

Here is confirmation from an early church writer. He is often dated to c. 90 AD., however he may well be pre-70 AD.

1 Clement 58:2
Receive our counsel, and ye shall have no occasion of regret. For as God liveth, and the Lord Jesus Christ liveth, and the Holy Spirit, who are the faith and the hope of the elect, so surely shall he, who with lowliness of mind and instant in gentleness hath without regretfulness performed the ordinances and commandments that are given by God, be enrolled and have a name among the number of them that are saved through Jesus Christ, through whom is the glory unto Him for ever and ever. Amen.
Click to expand...

This does not mean any real "Trinity" doctrine, as the term came to be defined later, however it does show that 3-language is fine as Christian, 1st century.

This has been largely overlooked, although Alfred Resch did show this and more.

... the earliest reference to it, outside this passage, is in Clem. Rom. and the
Didache (Justin Martyr, Apol. i. 61). 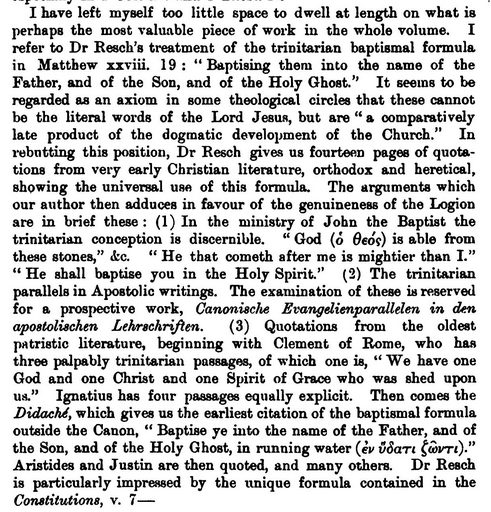 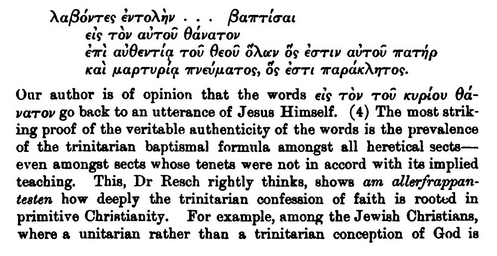 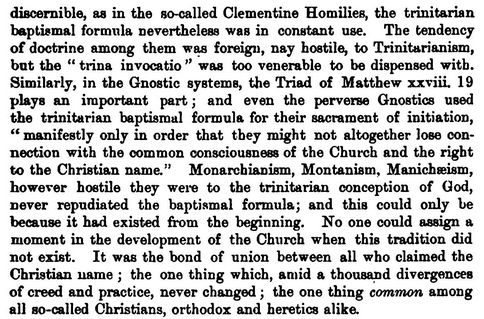 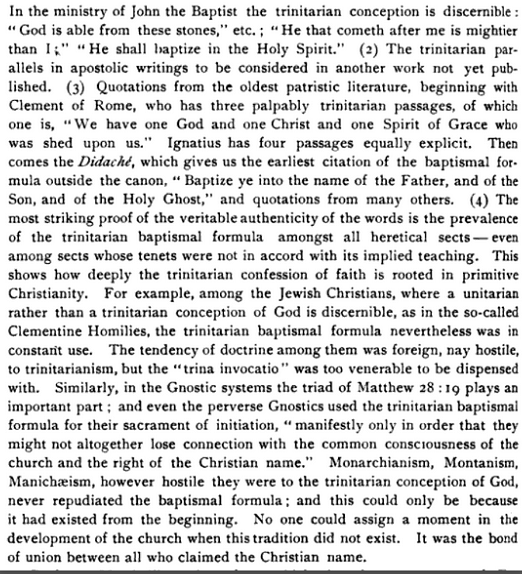