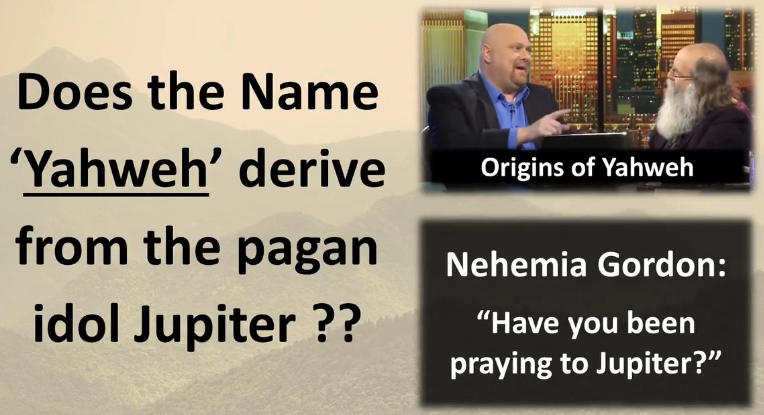 14. Does the Name 'Yahweh' derive from the pagan idol Jupiter ??​


Nehemia Gordon teaches that people who pray to Yahweh are actually praying to Jupiter! This is very disturbing to anyone who uses the pronunciation 'Yahweh'.

Nehemia Gordon claims to have discovered new information which is supposed to clearly prove that 'Yahweh' derives from Jupiter (Jove). By purporting that Yahweh is the name of a pagan idol, Nehemia has convinced thousands of people to stop using the pronunciation Yahweh and to use Yehovah instead.

Furthermore, scholars have been confused by the fact that many pagan cultures preserve names which are similar to Yahweh, Yah, and Yahu. This has led to numerous inaccurate claims that the Name YHWH derives from some pagan deity.

But is there any real evidence to prove that Yahweh derives from Jupiter? This is the topic of video 14! We will investigate the claims of Nehemia Gordon regarding Theodoret, Wilhelm Gesenius, and especially the Samaritans who supposedly never pronounced the Name YHWH and only worshiped Jupiter.
Click to expand...

Nehemia Gordon:
"Have you been praying to Jupiter"?
"Hadrian wanted the Jews to honor Father
Yahweh, better known today as Jupiter."

Hadrian was about 125 AD 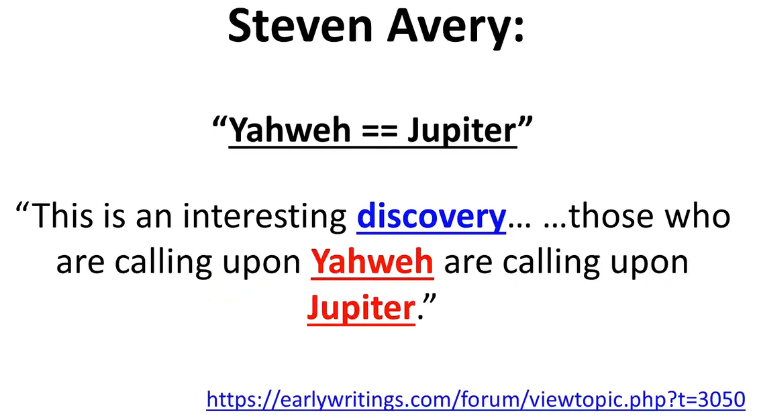 Justin does not know the distinction between = and == (equates to)

Note: I never say the discovery comes from Nehemia Gordon, since various Christian writers preceded him with this knowledge.

3:00 one side or the other is blasphemous .. He is correct there!

In the next section Justin misframes and misrepresents the position of Nehemia.
Last edited: Jul 30, 2021

Justin continually confuses proof with evidence. E.g. 5:30 he has Nehemia saying the only proof for Yahweh is the Samaritans through Theodoret.

Absurd. Nehemia could acknowledge that this is an evidence given by Yahweh proponents. If it were a proof the discussion would be over. Justin seems to have a basic logic flaw.

Justin is right that this is disturbing.

At 7:45 Justin is totally mangling the position of Nehemiah. 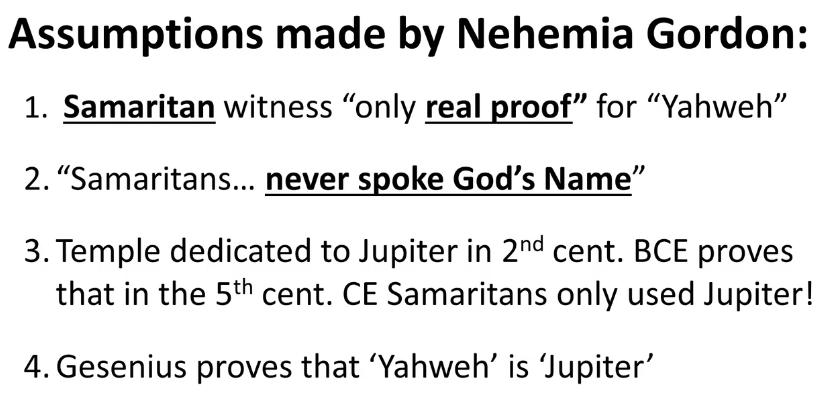 1:30 in
Nehemia - "there are no Hebrew sources that prove that our creator's name is Yahweh"

"only solid proof, of any kind, for Yahweh" - Nehemiah should use evidence.

And show us the quotes for 3 and 4, with the word proves.

At 8:30 he references the similarity of sound, which actually IS the key issue.

Nehemia
"that, in and of itself, proves absolutely nothing"

Taken out of context, since the sound identity is the essential point.
Last edited: Jul 31, 2021

Regensburg proof that Jehovah is not a real name. 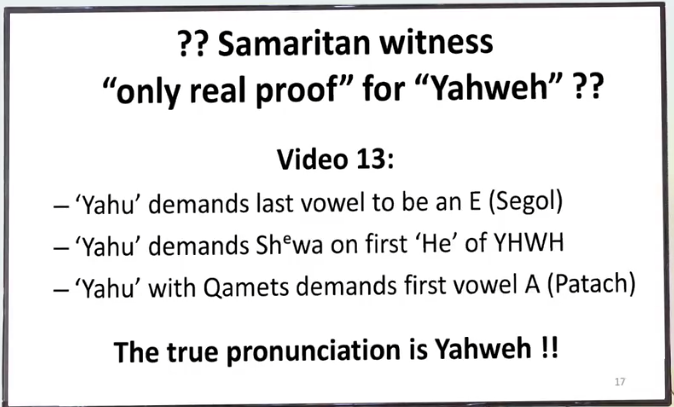