His text is based primarily on Cod. Sessorianus (S), which is a little the oldest of the complete MSS. though not so
old as the splendid but fragmentary Cod. Floriacensis (F) of which a facsimile is given by the Palaeographical Society, ser. ii. pi. 34. 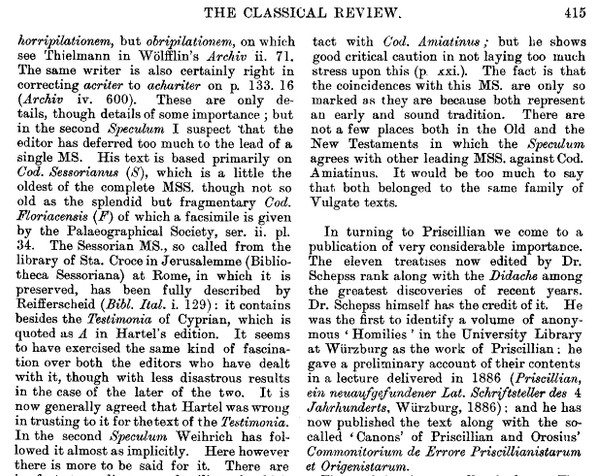 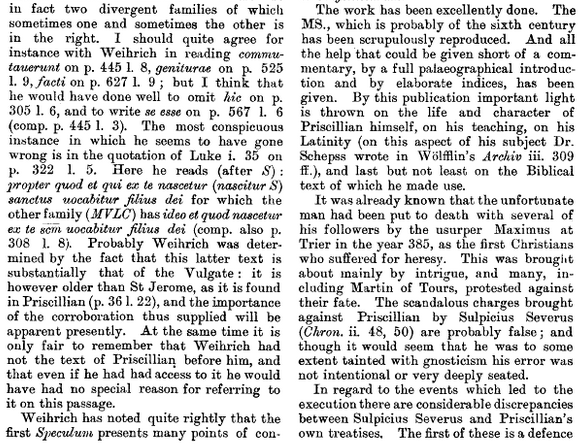 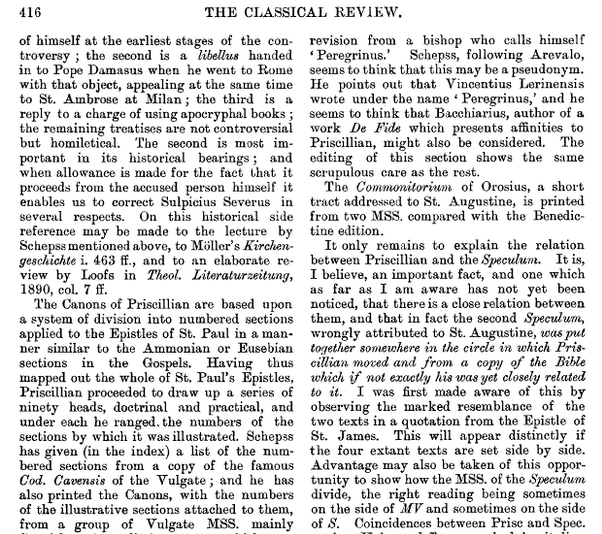 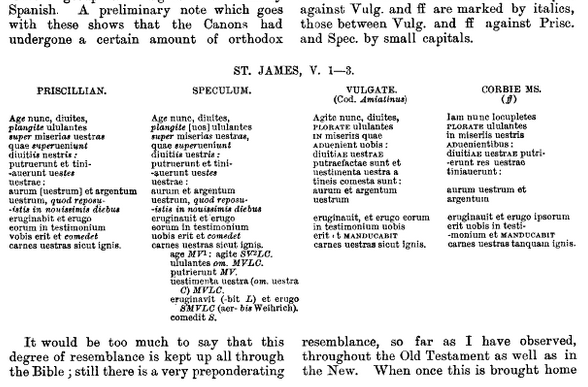 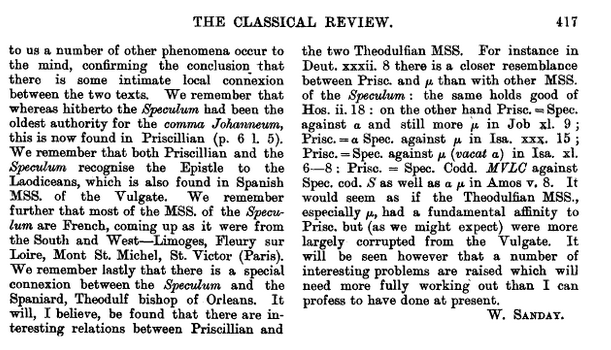 Hugh Houghton looks to be an early date!
AD 400! 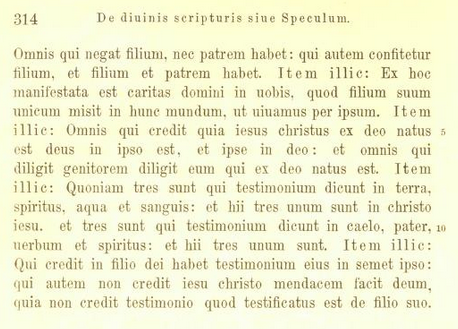 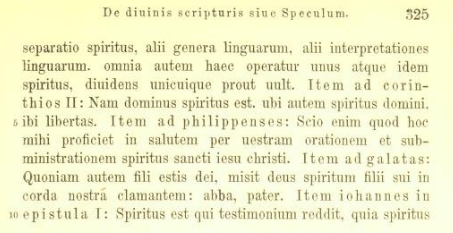 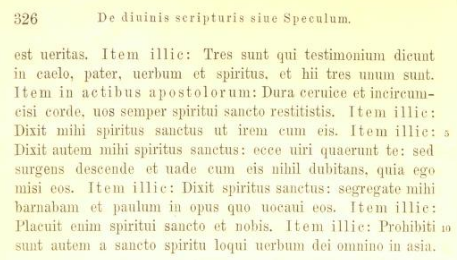 However, there should be two
TWOGIG

Grantley with text, matches the second
.
In any case, the text of the comma cited in the
Speculum “Audi Israhel”, CSEL 12:325-326, reads: 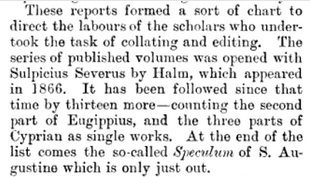 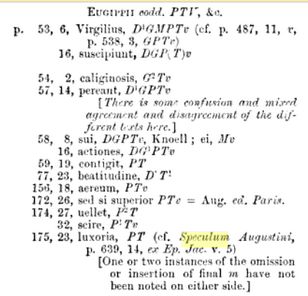 Here we have another wonderful confirmation that the heavenly witnesses was solidly in the OId Latin line from early days.

The honest contras will give up the myth that the verse was created after Nicaea and will try the fallback position of the verse being created in the 2nd century. A very difficult position, but not totally absurd like 4th century creation.

This evidence is right in the mix with:

A few, mostly the last ones, could be hybrid or Vulgate, in which case they also support Jerome's original Vulgate having the verse.

Here are the two Latin sections of the Speculum.
This Speculum is called Audi Israhel and is also known as Speculum: Liber de divinis scripturis and (PS-AU spe).

Grantley McDonald in Raising the Ghost of Arius only had one of these texts, the second one, without in christo iesu.
Grantley also omitted the critical question of date of composition.

One of Augustine’s last works was a collection of testimonia, the Speculum quis ignorat (AU spe). There are many unusual features to this selection of biblical passages .. doubt has been cast on its authenticity. However, the composition of the Speculum is described in the biography of Augustine written by Possidius (POS vi), and the handful of quotations in the authorial sections do correspond to Augustine’s characteristic forms in other works.60 It therefore appears that biblical text was substituted at a relatively early point in the textual tradition, affecting all surviving copies.

Another collection of biblical testimonia with the title Speculum is attributed to Augustine, also known as the Liber de diuinis scripturis (PS-AU spe). This seems not to be authentic, but is an earlier compilation made in Italy around the year 400. The passages are arranged thematically under 144 headings with extensive quotation from the whole New Testament apart from Hebrews, 3 John, and Philemon. Both the order of the Gospels and the textual affiliation confirm that the scriptural sources were Old Latin. This work features in the apparatus of several editions of the New Testament, sometimes with the siglum m even though it is not a biblical manuscript.61

61 See Appendix 1; m derives from Mai, who rediscovered the original form. The siglum in NA and UBS is Spec.

Hugh Houghton is saying that Speculum with the heavenly witnesses is around AD 400, and it’s composition actually precedes the Augustine Speculum, which would be around AD 425. And clearly this is a powerful witness to the extensive Old Latin tradition of our verse.

When Houghton says "This seems not to be authentic" he is simply saying that it is not believed to be by Augustine. However, there are not any internal claims in the document that it is by Augustine, so his phrasing is awkward at best.

Corbie 13174 confirms the heavenly witnesses text in the Speculum (placing it as Augustine) showing that it had been subject to transmission for a long period.

This is the first one, the one that Grantley missed when describing the Speculum.

Here are the two Latin sections of the Speculum.
This Speculum is called Audi Israhel and is also known as Speculum: Liber de divinis scripturis and (PS-AU spe). 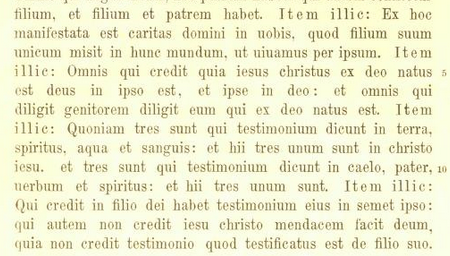