Good info on the creeds, on the apostasy (yahweh devil and mariolatry) of Sam Shamoun, dueling anathemas, and the London Baptist Confession avoiding "persons", and more!

Plan to bring detail in below!

Sam Shamoun gets credit for an incredible find from 1999!
Now posted on my wall, Pure Bible and Homestead Heritage Contacts. 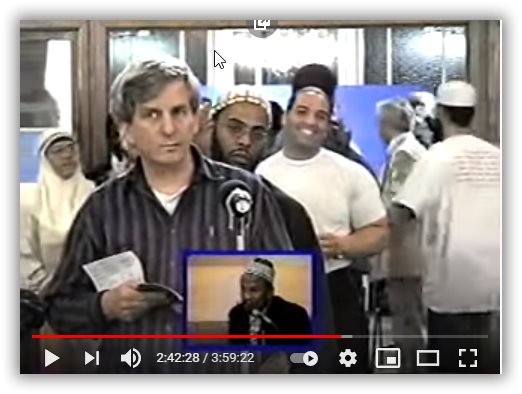 Textus Receptus Academy
We had two low-Christology posters trying to fight the heavenly witnesses and they are against Matthew 28:19 booted
Matthew McFarland and Adam something (not sure if Adam was booted.
https://www.facebook.com/groups/467217787457422/permalink/806184763560721/

BVBD - a sensible overview from one poster

First, he agrees with my pointing out that Letis was really against the heavenly witnesses and saw Erasmus as a problem.

Begin at about the 19:00:00 mark and continue for a few minutes or so.
I also fully understand that some believe Erasmus was an "Orthodox" Trinitarian. Yet, the evidence leads me to think otherwise
https://www.tapatalk.com/groups/bib...s-kjvos-begin-to-abando-t6307-s10.html#p81171

Perhaps...but it's not like Avery has given us much to go on.

Question: Who started calling Avery a "Unitarian" (and why)?–Because this is incorrect.

And who is going around stating that he is a "Modalist"? Both Avery and Sayers deny this! Has anyone actually asked Avery if he believes that the Father suffered on the cross i.e. Patripassianism ? Because this was the general way of earmarking this belief in the past...so, has anyone inquired on this?

And Avery has also stated repeatedly that he is not anti-trinitarian , yet it seems that all three of these pejoratives have been unjustly applied to him, and circulated around his name as of late. I'll grant that Avery needs to be more forthcoming on the issue, but the spreading of this type of misinformation about (and with the intent to humiliate and discredit) him is slander in this context.
Click to expand...

More on the Sam Shamoun Mariolatry and vicious ranting Sam Shamoun is Demonic - The Bible Refutes Heretics! 4:03 Sam Shamoun manifests DEMONS 2:08 William Albrecht and the Immaculate Conception - 1:31:18 - this is in the TRA thread. at a specific point William Albrecht on Mary's...
www.purebibleforum.com
You must log in or register to reply here.
Share:
Facebook Twitter Reddit Pinterest Tumblr WhatsApp Email Share Link
Top