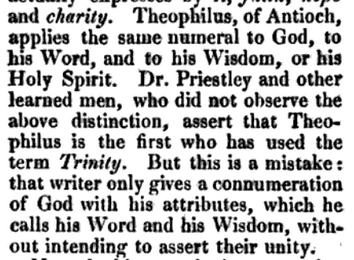 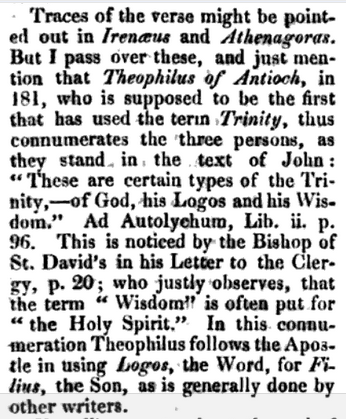 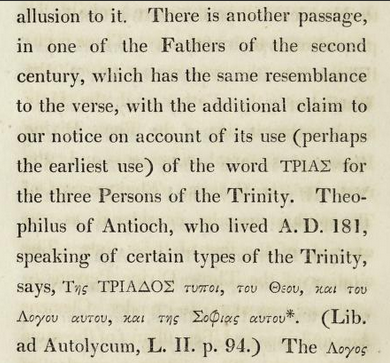 The peculiarities which distinguish 1 John v. 7, from other passages of Scripture, may, I think, be justly considered as tests of quotation, or of allusion to it, which will be the more probable in proportion to their antiquity. These peculiarities are the connumeration of the Word with the Father and the Holy Spirit,—the citation of the Three Divine Persons, as joint witnesses,—and the unity of the Three. The passage of Theophilus may be considered as an example of the first of these tests. The citation of the Three Divine Persons as witnesses, appears to render Clemens Alexandrinus and Tertullian (of the same century with Theophilus) examples of the second, and as such contributors to 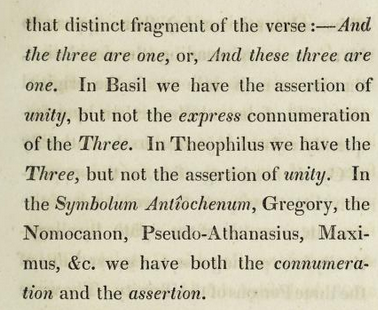 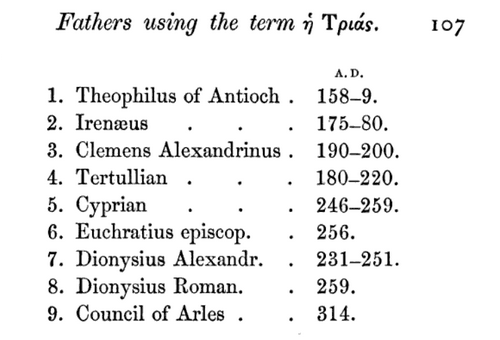 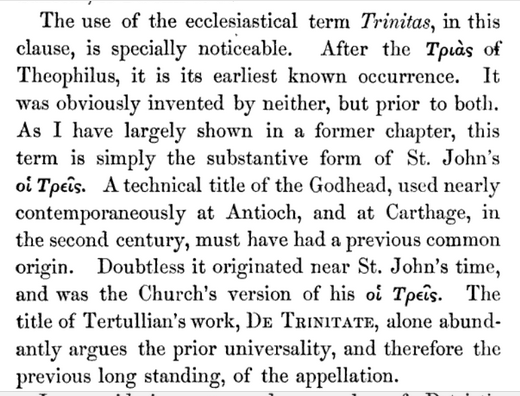