Let's take Grantley McDonald and try to focus on this question.

RGA p. 26-28
.... Walter Thiele (1959) suggested that this passage gives evidence that the comma was already present in the text known to Cyprian. Most modern scholars before Thiele had argued that Cyprian’s invocation of Pater, Filius, Spiritus Sanctus rather than Pater, Verbum, Spiritus Sanctus—the form usually encountered in the comma—suggests that he did not know the comma, but Thiele showed that several Fathers (ps.-Augustine, Eugenius of Carthage, Cassiodorus) also cite the comma with Filius, as does the León palimpsest, the Theodulfian recension and the Vulgate ms Dijon, Bibl. munic. 9bis. Furthermore, Thiele pointed out that the comma was one of a number of interpolations in the Catholic Epistles found in a type of text quite close to that used in North Africa (Jas 1:1, 2:16, 2:25, 4:1; 1 Pt 1:16, 1:19, 2:23, 3:22, 5:4, 5:14; 1 Jn 2:5, 2:17, 2:26, 5:7-8, 5:9, 5:20; 2 Jn 11; Jud 11), which often draw their material from parallel passages elsewhere in the New Testament. Several of these interpolations are of a dogmatic nature (1 Pt 1:19, 3:22; 1 Jn 5:9, 20). .... Thiele to suggest that these interpolations, including the Johannine comma, may derive from a very early form of the Greek text.31

However, Thiele’s hypothesis rests on the assumptions that all the interpolations entered this text-type simultaneously from a Greek original, and that all were present uniformly in all exemplars of this text-type. These assumptions cannot necessarily be made. Moreover, Thiele’s hypothesis does not adequately explain the absence of the comma from the works of the Greek Fathers or from other Latin writers before Priscillian, notably Augustine, who seems to have been familiar with this text-type. With the greatest of respect to Thiele, I am not convinced by his explanation of why Facundus (see below) should have mentioned Cyprian as one of those who provided a Trinitarian interpretation of the phrase tres unum sunt. Nor does his hypothesis explain why the author of De rebaptismate—someone close to Cyprian in space and time, using a very similar biblical text—should also have cited 1 Jn 5:8 without the heavenly witnesses. While Thiele was certainly correct to draw attention to the presence of a complex of interpolations present in this North African text-type (as far as it can be reconstructed), the passage from Cyprian does not seem to allow us to conclude anything more definite than the fact that he interpreted the phrase tres unum sunt in a Trinitarian sense, just like many others before and after him. But whether or not Thiele’s hypothesis about Cyprian is correct, it should be emphasised that he has never maintained that the comma was anything but an interpolation.

31 Wachtel, 1995, 317, notes that Thiele’s hypothesis has found little support in the subsequent literature.
Click to expand...

49 ... Maynard, 1997, 36-37, likewise co-opts Walter Thiele as an unwitting ally: “Walter Thiele was my professor at Tubingen. […] Thiele in 1959 argued, ‘No, Cyprian did not merely allude to verse 8, he actually had a Latin manuscript in his hand which had 1 John 5:7.’ So Thiele is going against the crowd. Yet Thiele is a Hort-Westcott advocate!”
Click to expand...

My conjecture is that Grantley was fairly thorough on Thiele and Cyprian in RGA (while omitting and messing up so many other references) because his thesis readers were in that academic clique. When it came to BCEME - all gone!
Last edited: May 5, 2021

This was the BVDB intro:

Steven Avery
How do you view the scholarship of Walter Thiele on Cyprian, the heavenly witnesses, and Greek origin
Click to expand...

Cyprian was an Old Latin witness. I have not read Walter Thiele on Cyprian, but I don't think he was quoting the Comma, but giving an allusion. But even if he was quoting an Old Latin Bible fully it is no evidence that it was in Greek. And if in Greek why did no Greek Fathers support it? Let us assume Walter Thiele said Cyprian was translating from the Greek, or had gotten it from the Greek .....
Click to expand...

The Scholarship on the Old Latin Versions 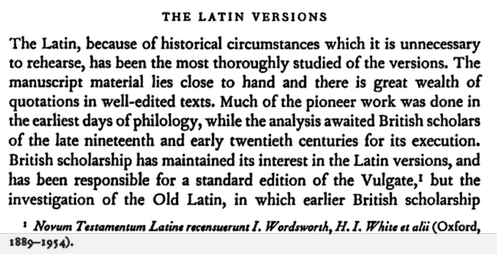 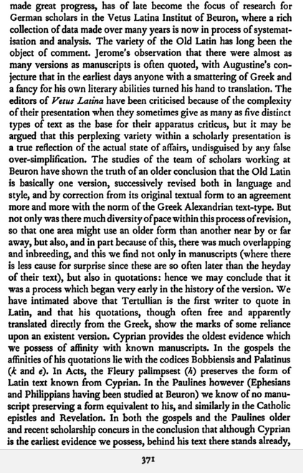 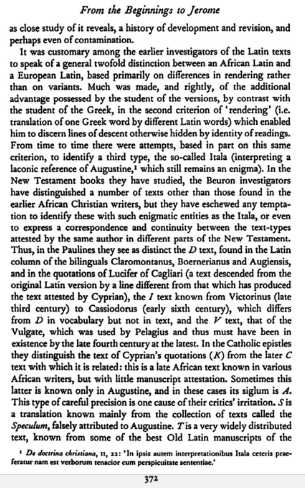 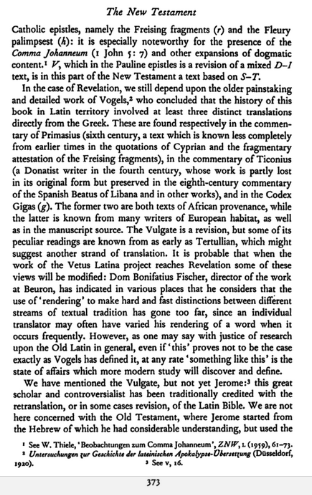 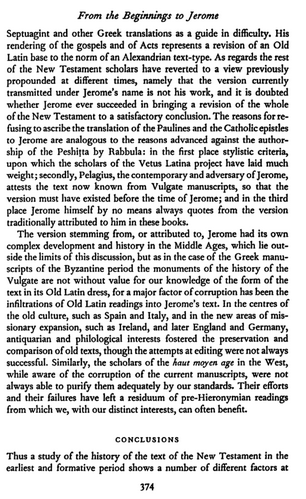 Grantley McDonald
Before leaving Augustine we should note two points. Firstly, in 1934 Norbert Fickermann drew attention to a note in a twelfth-century manuscript of the Regensburg Epistolæ rhetoricæ, which makes the following claims: “St Jerome argued that that verbal repetition [replicatio] in the [first] Epistle of John—‘And there are three that bear witness, the Father, the Word and the Spirit’—was established as certain. By contrast, St Augustine prescribed that it should be removed, on the basis of the Apostle’s meaning and the authority of the Greek.”34 Given the relatively recent date of this text (eleventh century), its erroneous attribution of the Prologue to the Catholic Epistles to Jerome, and the fact that the statement about Augustine seems not to reflect anything in the Father’s extant works, it is difficult to know how much confidence to place in this assertion. Probably not much. Secondly, it has often been claimed that Augustine cited the comma in a work called Speculum, but this claim is based on a confusion between two treatises called Speculum, sometimes found together in the same manuscripts, only one of which—Speculum “Quis ignorat”, the one that does not contain the comma—was written by the great African Father.35