The History of the Bible, The Journey of Our Christian Heritage (2018)
Zach Rosiere
https://www.insightoftheking.com/up...history_of_the_bible_complete_with_covers.pdf
Last edited: Wednesday at 1:29 AM

p. 63
Luther’s dogged opponent Johannes Cochlaeus used the Trinitarian symbolum tres unum sunt as the basis for crude satire. As he explained, the Trinity, in which ‘these three are one’, is a sublime theological mystery passing all understanding. Likewise, the seven-headed Luther, who combined the roles of preacher, church inspector, enthusiast, Barabbas, and more besides, was a mystery hitherto unknown to Christian, Jew or heathen. The title woodcut to Cochlaeus’ book (Figure 2.1) satirically combines the image of the seven-headed beast of the Apocalypse with the mediaeval iconography of the three-faced or three-headed Trinity, seen for example in a thirteenth-century miniature of Abraham’s encounter with the three men at Mamre (Gen 18:1–2), traditionally interpreted by Christian theologians as a vision of the Trinity (see Figure 2.2).33

p. 68
Heinrich Bullinger, Zwingli’s successor at Zürich, suggested that any agreement between the three persons of the Trinity as described in the comma was one of witness rather than of essence. However, he maintained that this principle could be demonstrated more securely by other Scriptural passages. Following Erasmus, Bullinger suggested that in 1 Jn 5:8, the water signifies heavenly doctrine, the blood redemption and the spirit truth. The person who had originally made the allegorical leap to interpret the earthly witnesses as types of the Trinity had misunderstood the text. Furthermore, Bullinger followed Erasmus’ judgement in the Annotationes that this Trinitarian interpretation had begun as a marginal gloss which a half-learned (sciolus) reader or scribe had integrated into the text.41 And when Johannes Cochlaeus cited the comma in his attack on Bullinger’s understanding of the doctrine of the Trinity, Bullinger declined to respond to this detail, perhaps in order to avoid the issue of the canonicity of specific details of biblical books.42 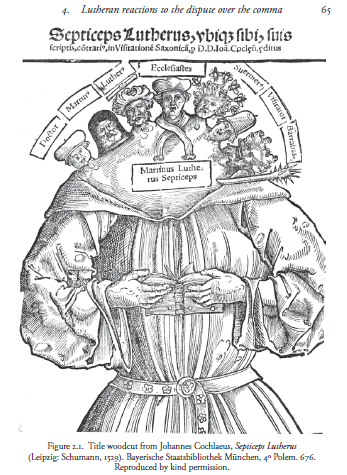 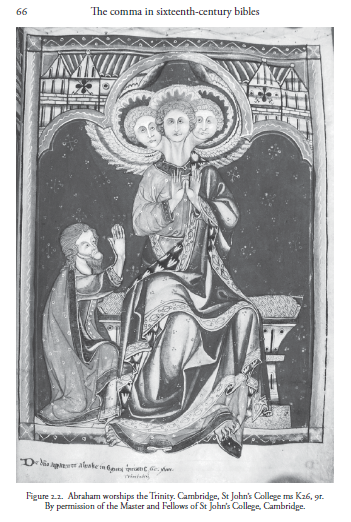