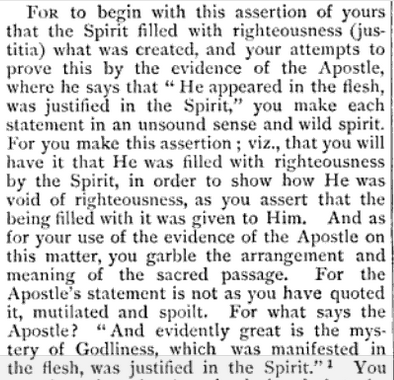 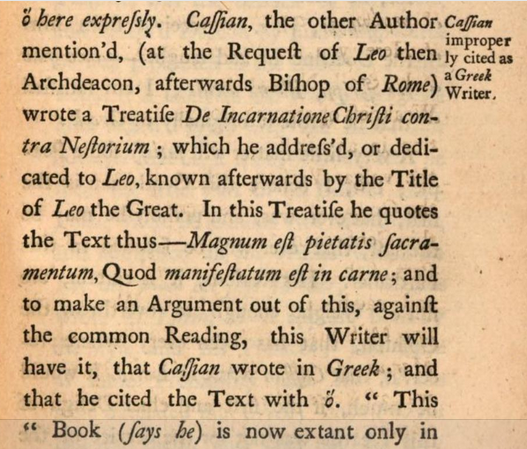 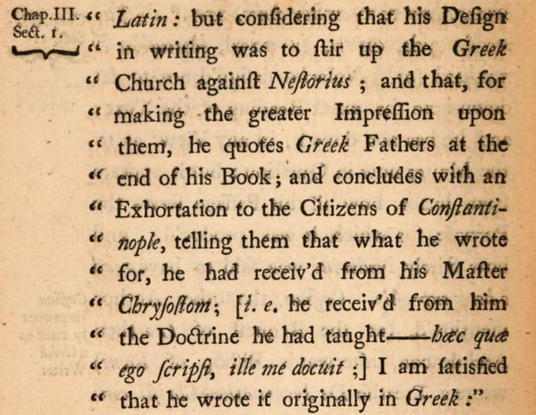 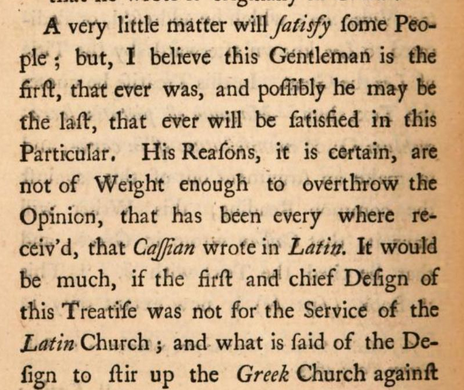 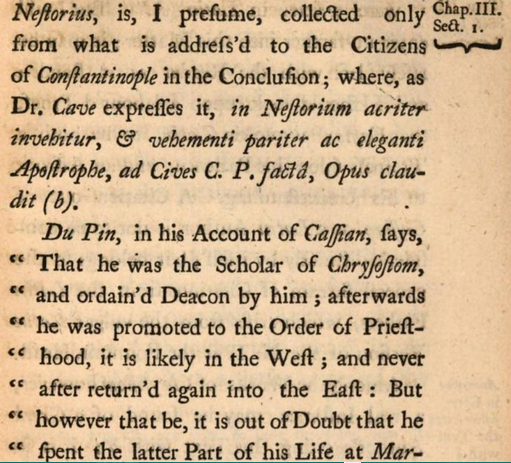 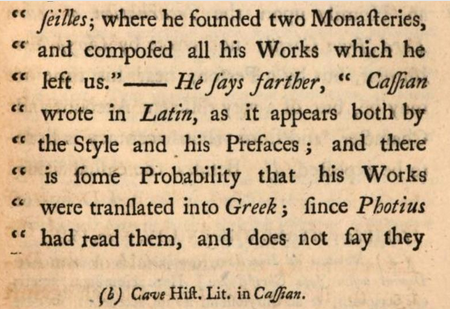 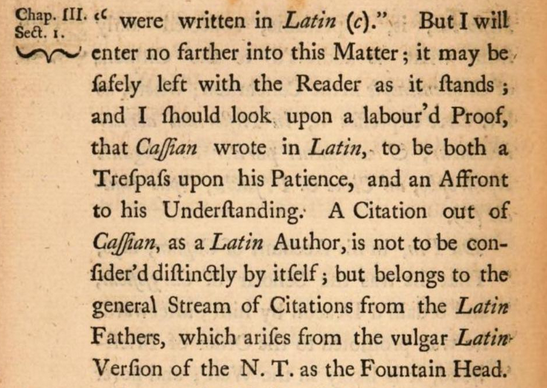 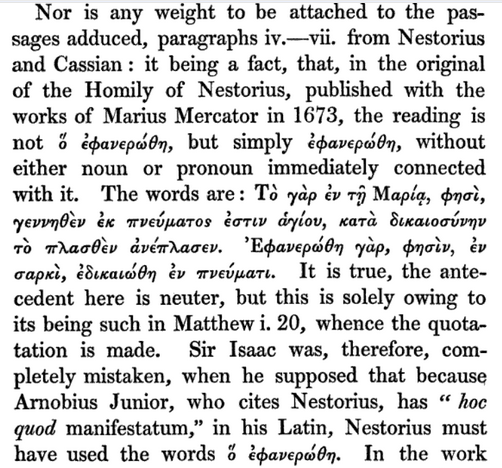 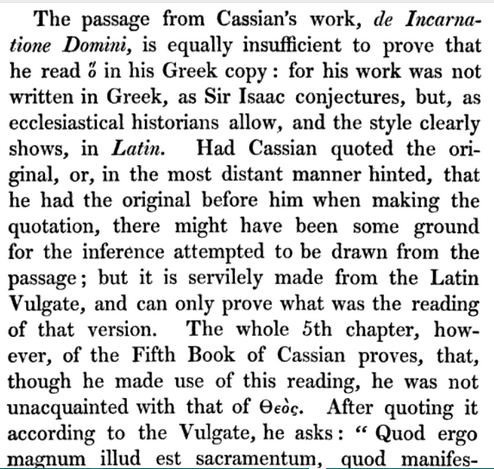 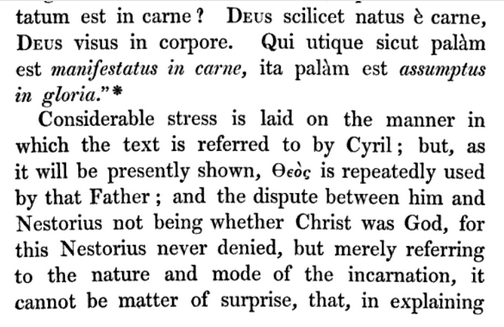 It's not uncommon when translating Greek works for the translators to insert their version of the verse. There's a similar situation in a Latin translation of Theophylact from 1532 where the Greek reads "God," but the verse is replaced with the Vulgate reading. So the commentary behaves as though Deus is present, yet it is not.

The case is slightly different here, but along the same lines. Though John wrote in Latin, he was able to speak and write in both Latin and Greek. In this place, his understanding does not follow the Latin tradition, though he quotes from their version, but from the Greek. He understand it to mean Deus, "God," was manifest in the flesh whereas the Latin church uniformly identified the "mystery of godliness" as Christ.

Note that John Cassian is a bit of a puzzle on the heavenly witnesses.