[19]For a comprehensive examination of these objections see Erika Rummel, Erasmus and His Catholic Critics (Nieuwkoop: De Graaf, 1989).
Click to expand...

Erasmus and His Catholic Critics, Volume 1 of 2 (1989)
Erika Rummel
https://books.google.com/books/about/Erasmus_and_His_Catholic_Critics.html?id=nYrYAAAAMAAJ

LeFevre - "as though greek manuscripts do not sometimes vary" 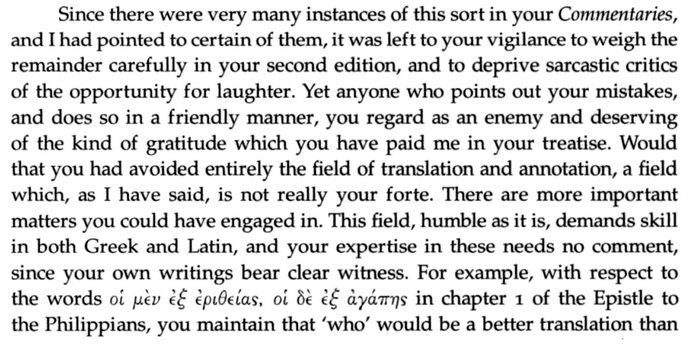 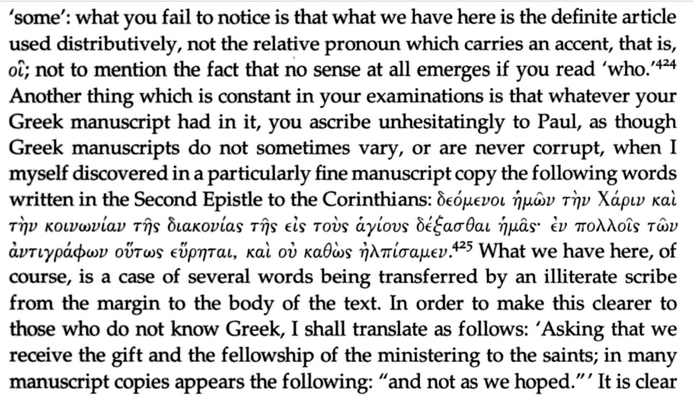 My Father is greater than I

p. 75-77 You have put all things under his feet
p. 77 what is mind that you are mindful
p. 84
You are convinced that the letter was written by the apostle Paul and that
it was composed in Hebrew; you are unsure only of the translator, and the
general tendency to hold him totally responsible you would think legitimate.
Yet whoever it was who added the argument to this letter said, 'The Apostle
is said to have sent this letter, written in Hebrew to the Hebrews, whose
meaning and form were retained by Luke when he put it into Greek.'332 How

Paul letters to Seneca
Letter to the Laodecians - feeble forgery

p. 88 Nazarene Gospel - Gospel According to the Hebrews

p. 90 - forgive remisssion lords prayer remit our debts
358 The controversy set Erasmus and Thomas More, on the one side, against John
Batmanson, on the other (Rummel Catholic Critics 1118-19). 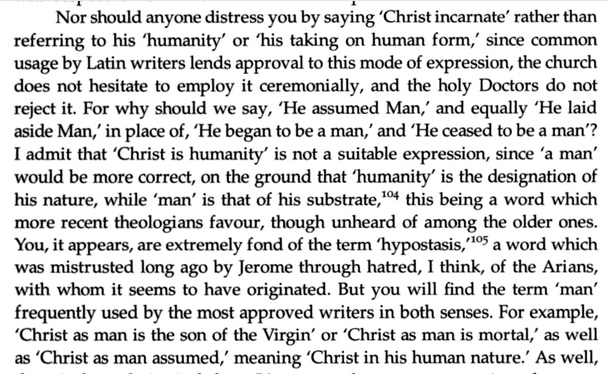