Introduction The Comma Johanneum (1 John 5:7) is a sticking point for many people when it comes to believing the claims of those who advocate for the Received Text of the Reformation, who say that … 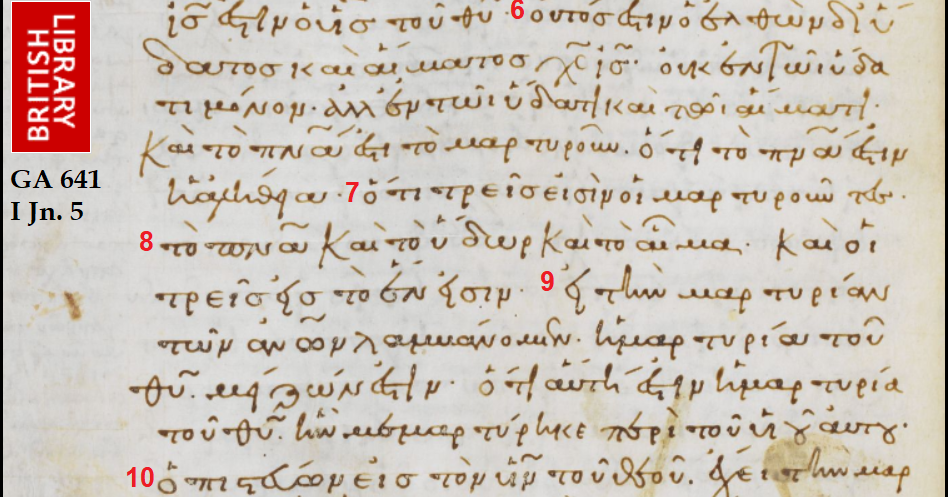 "who say that the TR is the providentially preserved and vindicated text of Holy Scripture."

I'm not a big fan of "vindicated", as it gives more substance to the critics than they deserve.

" In the first place, there is manuscript evidence for it, three of these which match how it is printed in the Stephanus 1500 and the TBS Scrivener. That means that it has more manuscript evidence support than let’s just say, the Gospel of Mark without 16:9-20. "

This is not a good argument, and James Snapp is correct in giving it criticism.

"So it is clear that the axioms of modern textual criticism are not particularly concerned with counting noses when it comes to manuscripts, while the critics constantly appeal to this standard when attacking the authenticity of this passage, and many others. "

They SAY they do not count noses. However, they WEIGH manuscripts.